On June 5th, 2018, Dr. Deng-Maw Lu, Interim President of Southern Taiwan University of Science and Technology (Taiwan), and others paid a courtesy call on the President of Kumamoto University, Shinji Harada.

At the courtesy meeting, Interim President Deng-Maw Lu and President Shinji Harada both expressed their appreciation for the exchange activities done so far, and opinions were exchanged on future student and academic exchange opportunities and the promotion of future exchanges. We agreed to continue the development of good relations between our two universities by promoting student exchanges in the future.

After that, a roundtable discussion was held with the coordinator responsible for this exchange agreement, Prof. Shuichi Torii, along with staff from the Global Education Division of Kumamoto University. They exchanged opinions about further student exchanges and about collaborating to solve any problems related to education.

It is hoped that further promotion of exchanges between our two universities will result from this visit. 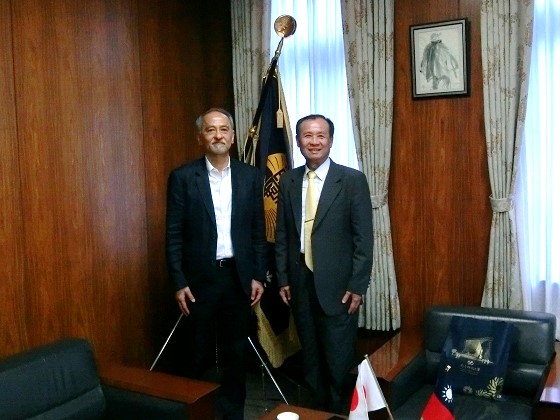